The '50s Channel just played Johnny Thunder's Loop De Loop, which reached #4 in February 1963. Yes, yes, the '50s Channel plays songs from the '60s. We know. Under his real name, Gil Hamilton, he released singles on three different labels (Fury, Capitol, Vee Jay), 1960-62, but none of them charted. One of those singles was Tell Her, which, retitled Tell Him, became a big hit for the Exciters in early 1963. The background singers on Loop De Loop were not credited on the label. They were the Bobbettes, who had the 1957 hit Mr. Lee. Johnny Thunder is 85 and continues to perform, most often at oldies shows and on cruise ships. Here is his lone top-40 hit:

The '50s channel just played I Remember by the Five Discs, a doo-wop group from Brooklyn. It was a top-30 hit in New York and Boston in 1958 but never charted nationally. The group formed in 1954 as the Flames. Two former members of the Lovenotes, including lead singer Mario DeAndrade, joined the Flames and in 1957 the group recorded a demo of I Remember. After getting turned down by several labels, they signed a contract with Emge Records, changed their name to the Five Discs and re-recorded the song for their first single. DeAndrade left the group a year later. The Five Discs went through several lineup changes and had a few more hits in the New York area, including Never Let You Go in 1962. They changed their name to the Boyfriends in 1963 and released one single as Dawn in 1968 before going back to being the Five Discs. Here is I Remember, one of the doo-woppiest doo-wop songs ever recorded:

Totally lifted from Inside Radio

SiriusXM VP of Pop Music Programming Kid Kelly has exited after nearly two decades at the satellite broadcaster. Kelly also handled day-to-day programming of the “Hits 1” and “Venus” channels.
Kelly, who was inducted into the National Radio Hall of Fame in 2018, is also creator and host of the syndicated “Backtrax USA” program.


“After a long tenure at SiriusXM, Kid Kelly is no longer with SiriusXM, and we wish him the best in his new endeavors,” a statement from the company read. “His programming responsibilities are being taken over by SiriusXM Vice Presidents Alex Tear and Lou Simon.”
Kelly is forever associated with New York powerhouse CHR “Z100” WHTZ, where he served as night talent, Assistant Program Director and eventually Operations Manager over three stints with the station.


Tear joined SiriusXM/Pandora in September as VP/Music Curation and Programming after serving as Senior VP of Programming for iHeartMedia Miami and PD of CHR “Y100” WHYI.
Tear was brought in to partner with the programming teams to “further build Pandora’s listener base and maximize music assets across both the Pandora and SiriusXM platforms,” according to a memo from President/Chief Content Officer Scott Greenstein.
Simon is Senior Director of Programming at SiriusXM and host of Sunday night program “The Diner” on the “Volume” channel. 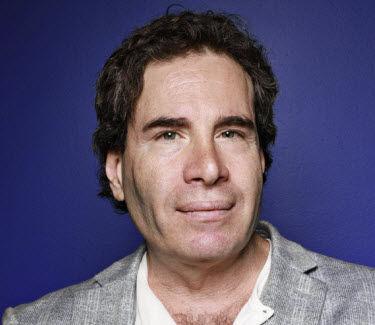