Cornier than Iowa. I assume this got some play due to it being the follow-up to "Elvira"?


29: WORKING FOR THE WEEKEND - LOVERBOY

Loverboy hits me in the same place a guy like Donnie Iris does - a lot of it is forgettable, but every once in awhile they nail it. This is one of their good 'uns.
Click to expand...

Bobby Sue was #1 country hit (3rd straight) and #12 pop hit in USA. They had the sound. Only Elvira tends to be played now.

Loverboy had a tonne of hits in Canada. Only some crossed the border. Some of their best hits didn't cross for whatever reason.
Reactions: sadchild and goreds2

Donnie was one of those guys that didn't always hit the ball squarely, but when he did he sent it waaaaaaaaaaaaaay outta the park.
Click to expand...

His hits were hits for good reason.

I love the guitar tone on Ah Leah.

I can never hear Cliff without thinking of "The Young Ones".
Click to expand...

That's all I can think of too!
Reactions: MonoStereo

The song "Daddy's Home" wasn't very good and the subject made me feel creepy as it did not appear to be directed at a kid but rather a lover. *cringe* Of course, I didn't listen very closely and may have missed the point. 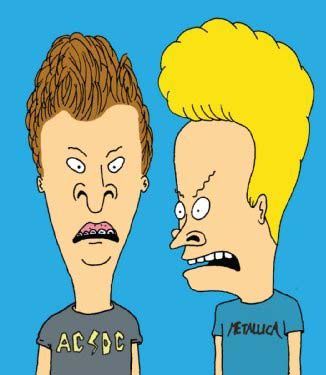 At least one of the others guessed this. I was torn between this one, "No Can Do", and "Chariots Of Fire" (which is at #44 this week).

#65 Conductor "Voice On The Radio"

No wiki page. Kinda rocks. Reminds me of Scandal a bit.

Jermaine Jackson made remade this in the 70s too. It was just as creepy.

I love those strange pairings.

No wiki page. Kinda rocks. Reminds me of Scandal a bit.
Click to expand...

This is what I found out about the band: 1982 The Conductor - Conductor

It interesting because the bands on Indie labels seem to be forgotten. I may need to explore building Wikipedia pages to start immortalizing some of these groups.
Reactions: sadchild and Aaron

sadchild said:
At least one of the others guessed this. I was torn between this one, "No Can Do", and "Chariots Of Fire" (which is at #44 this week).
Click to expand...

You let my messing up last week with "Chariots of Fire" throw you.

Not a surprise it didn't crack but damn good song.
Reactions: sadchild and goreds2

sadchild said:
38: LOVE IS LIKE A ROCK – DONNIE IRIS

Really?
Have you heard Ah Leah?

sadchild said:
Will never reach the top 40
Click to expand...

I'm shocked the AC/DC tune got as high as it did.

And even though he had a couple real Top 40 hits, Donnie Iris was generally more of a "regional hit" kinda guy.
Reactions: sadchild

MonoStereo said:
And even though he had a couple real Top 40 hits, Donnie Iris was generally more of a "regional hit" kinda guy.
Click to expand...

Pretty much. Unfortunately, he didn’t have more hits, but he’s always been dedicated to gigging. I saw him in the early 2000‘s (I think) and he can still belt out the high notes.
Reactions: MonoStereo and sadchild

seasalt43 said:
This is what I found out about the band: 1982 The Conductor - Conductor
Click to expand...

I found this (I can't seem to link the page)

Conductor were essentially a male/female duo rounded out with session players. They could have been like Nu Shooz, Eye To Eye or Unipop, but they were a solid-sounding melodic/arena rock act...and there were MANY of them around during '81-'82! Unfortunately, their career never took off as someone from their record label felt that lead singer Judy Comden's walking disability was a stumbling block. The 80's was all about image, whether we agree with it or not. So there was never a big tour or any MTV videos. A somewhat similar thing happened to Romeo Void in '84 when their "A Girl In Trouble" video was made; less emphasis was placed on the lead singer as someone at Columbia felt that she wasn't photogenic enough. Even though Romeo Void finally had a top 40 hit, their career never recovered.

You will want to check this out if you are/were a fan of Toronto, The Breaks/Drama, Quarterflash without the sax, and Scandal Featuring Patty Smyth (who, just like Conductor, started out with a 5 song EP).

"Voice On The Radio" was written by Franne Golde('79 minor charter "Here I Go(Fallin' In Love Again)") and Peter McIan(Men At Work producer and '80 mid-charter "Solitaire," which AA80's plays). Franne and Peter also co-wrote "Cool Kids," which Franne recorded in '80 and Kix made the best-known version of in '83(some of you may remember Beavis And Butthead's trashing of the video!).

I have. A friend of mine back in the 90s played it for me. Not a fan of that one.
Reactions: seasalt43 and HecticArt

Man, I love that one. The guitar solo is fantastically simple, but the tone just cuts through the air.
Reactions: sadchild

sadchild said:
Franne and Peter also co-wrote "Cool Kids," which Franne recorded in '80 and Kix made the best-known version of in '83(some of you may remember Beavis And Butthead's trashing of the video!).
Click to expand...

I'll be damned...I'm a massive KIX fan, & never knew the deal on the songwriters. I know the band hates that album because of things like the outside songwriting/push to be poppier, etc. I'm in the minority of fans who looooooooooooooooooooooove that record. It's a great pop/rock album.
Reactions: sadchild

24 out of 40. Not bad, getting closer to the Debbie Gibson, Tiffany, NKOTB era toward the end of the decade.
Reactions: sadchild

Another week right in the wheelhouse of my radio "career". We heard part of this countdown while we were tooling around doing errands yesterday.

I remember featuring this as one of our "Smash Or Trash" songs ( listeners would call in & vote on which they thought it was ). Middle America...1986...fairly rocking Top 40 station...how do you think it did?
39. MANIC MONDAY - BANGLES

A reminder - I was the Fifth Bangle.
38. NIGHT MOVES - MARILYN MARTIN

I was surprised she had a top 40 hit - I know they tried to capitalize on her monster duet hit with Phil Collins. I remember this getting a LOT of hype from her label, but I think it pretty much stiffed. I was trying to remember if we spun this song or not...it sounded kinda familiar, but I couldn't determine if it was because I vaguely remembered it back then, or because it's generic as shit.
37. WALK OF LIFE - DIRE STRAITS

Dire Straits, by & large, I have no big opinion on. Generally speaking, I can take 'em or leave 'em. But sweet fancy Moses, do I hate this song. Then and now. I'd like to see it face the Walk Of Death.

Unless I'm forgetting something, THIS is a true One Hit Wonder. Goofy as it is, this song always still puts a smile on my face. And it's featured on my DJ demo tape!

I always loved how Martin Fry would mix things up every album. They were practically a cartoon band at this point, & I loved it. I also had a thing for the girl in the band named Eden. There was one song where she had a dirrrrrrrrrrrrrrrrrrrrty lyric that I think they changed later.

Probably one of his 3-4 worst singles ever.

Really liked this at the time, but now I can see how hard they were trying to make him the next Billy Idol. A waste of his genuine talents.

For some reason, I used to think it was funny there was a guy in the band named Mags. No idea why I thought it was funny. They're Norwegian, dipshit. Of course they have "weird" names.

7. LIFE IN A NORTHERN TOWN - THE DREAM ACADEMY

I remember one of my co-workers doing a bit over the intro to this one, about his Eskimo youth ( he was 1000000% not an Eskimo ). I mainly remember the punch line of the bit being the word "blubber".
Click to expand...

Yeah not a bad countdown at all

27: THIS COULD BE THE NIGHT - LOVERBOY

1: HOW WILL I KNOW - WHITNEY HOUSTON

Both of the other guys picked this (probably both of them). So I lose again.