JHDK said:
I like the one I got a couple weeks ago and this one is more than double the size and with the cupon it's $21.35.
Click to expand...

scotchandcigar said:
I think a backup battery is a good idea, I just don't know if you can rely on the reviews. Perhaps it's fine, who knows?
Click to expand...

This thing I was talking about last week dropped down to $16.61 so for that price it's fine it doesn't have a type-c to type-c port. I bought it. I'll play with it a bit when it arrives but then it will permanently live in my hurricane drawer and hopefully one day down the line I'll be happy I made the purchase. 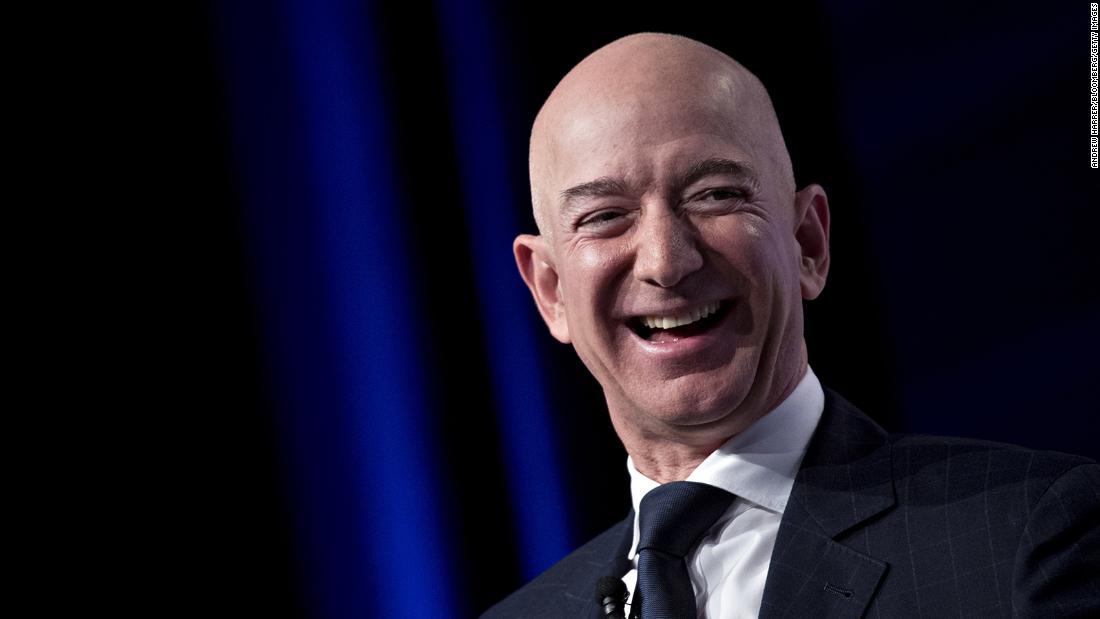 Jeff Bezos is now worth a whopping $200 billion

Jeff Bezos was already the world's richest man. Now his net worth has skyrocketed once again, setting another new record.

This popped up today when I went to Amazon:


Now the music and video is still shared with the ex (I'm working on her being the ex, ex sometime hopefully soon) but even still I think that more than justifies the $120 price/year. I have to reup around 10.14 or so. 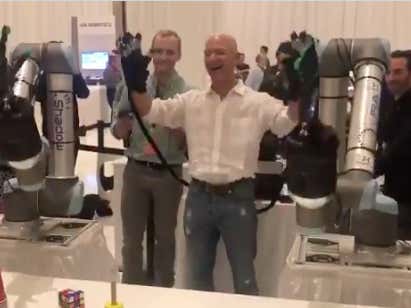 Jeff Bezos Now Has A Doctor Octopus Suit Which Means His Plot To Take Over The World Is About To Begin!

Oh you thought the richest man on the planet was going to idly stand by as the people his company got through lock down by pumping out packages during a pandemic started putting shit like this outside...


I watch a Youtube channel called Freakin Reviews where he reviews As Seen on TV and other stuff. In his review of this mug it held ice for over 24 hours and kept coffee at 130f after 4 hours. Both a downside and upside is its size. It's 24 oz so it holds a lot but it won't fit under my Keurig. That's ok, I'll just brew the coffee in a measuring cup and pour it in.

The mug I have now was my dads and it's super wide and won't fit in the car. He wanted one that could be microwaved and it was the best option. I looked it up and I got it for him on Amazon in 2014. It's time for an upgrade.

Also it's next day delivery. I think this will be the first thing I bought on Amazon that I get the next day so that's cool.

Contigo update time. I now have 3 of them. The OG one I bought:


And then two of these:


One in black and one in blue. They are great. I carry the bigger one around with me on my walks and a couple days ago I dropped it square on its lid on the pavement. It was not a soft drop. The plastic lid got a bit scuffed but it didn't break or leak and still works fine.

I carry one of the smaller ones around with me on my Disney days and by now I'm used to just having it in my hand all day. It's also nice to have hot coffee during the whole 3 hour trip up there.

They make good gifts. So far I've given two out as gifts for various occasions.


HecticArt said:
If you put coffee in it, the inside will eventually smell like coffee no matter how good you clean it.
I never put cold drinks in it, but I'd get another one for cold stuff if I did.
Click to expand...

This was a good call. The blue one I have is just for water and the other is for coffee. The big one is for everything.
Last edited: Oct 10, 2020
Reactions: HecticArt

Mine are in the stainless finish. The clear coat on the bottom is chipped a little bit. It makes me think that the ones with colored finishes may chip too.

Out of all of my travel mugs, these are about the best at keeping coffee warm enough to drink all day, and the easiest to clean that I've found so far.

HecticArt said:
The clear coat on the bottom is chipped a little bit.
Click to expand...

The paint has chipped off the bottom of all mine too. Especially the blue one cause I'll put that one down on the rockwork while waiting in lines for various rides.

There are also a few small dents and dings in them but that doesn't bother me at all. So long as they don't leak and the vacuum seal stays intact to keep everything hot or cold I'm happy.

Anyone checking out Prime day sales?

As I've talked about before I'm all about power banks and this one is tempting:


Also Micro SD cards are my jam but they don't have amazing deals for them like they have in past years.