JHDK said:
That's a good one but not it.

The only real American flag in the park is that one that was at half mast. They have a ceremony taking it down every evening.

All the other "US flags" on Main Street USA (and there are a ton of them) are not real because they are missing 1 star and 1 stripe.

Did they just get rid of Massachusetts?

IdRatherBeSkiing said:
Did they just get rid of Massachusetts?
Click to expand...

Remember, this is a Florida park. Some Florida man just miscounted, so they made up a story for cover.

scotchandcigar said:
Remember, this is a Florida park. Some Florida man just miscounted, so they made up a story for cover.
Click to expand...

They would find it difficult once they are done with their fingers and toes.

Some people can’t count past 21.

Made it home in record time! 2:45:44. I wasn't even going that fast, I had the cruise set at 84 most of the way. There was very little traffic so that was the main factor. I always get a kick out of trying to beat the time Google says I will arrive. I always do but this time I beat it by 21 minutes.
Reactions: HecticArt

I need to get to Japan right now.

My favorite Disney movie (and all time top 5er) is now a new trackless ride in Tokyo Disney with new awesome animatronics. It just opened today, or yesterday or whatever...Japan time is weird cause it's far away.

No longer the happiest place on earth.

Disney to lay off 28,000 employees as coronavirus slams its theme park business

Prolonged closures of Disney's California-based theme parks and limited attendance at its open parks has forced the company to lay off 28,000 employees across its parks, experiences and consumer products segment.

Koop, I blame you for only going 3 or 4 times.
Reactions: HecticArt

IdRatherBeSkiing said:
Koop, I blame you for only going 3 or 4 times.
Click to expand...

You're right, I need to step it up. I only spent 7 days in the parks this month. I can do way better than that.

Really though, besides the cost of the annual pass (that I bought in full back in October of 2019) I didn't spend any money in the parks. All the cash I spend up there is for gas, food and motel fees outside the parks.

This is an interesting and sad article: 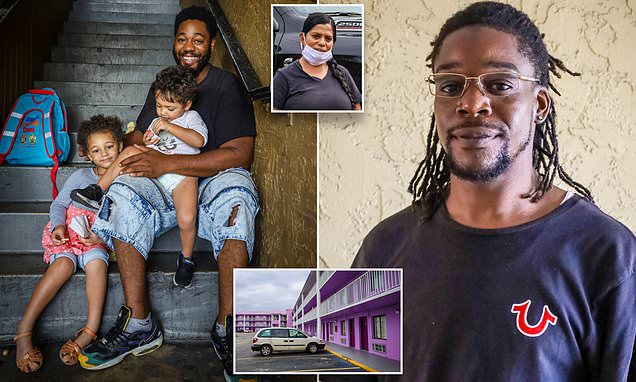 Florida's Highway 192 runs up to the gates of the Walt Disney World Complex in Orlando. Lining the highway are dozens of hotels which are now housing hundreds of people made homeless.

Now the I loved The Florida Project, it was my favorite movie of whatever year it came out so I am very familiar with this motel. It's about 7 or 8 miles away from the motel where I stay on the same Irlo Bronson Highway, that main tourist trap area I talk about a lot. The one I stay at is the Maingate Lakeside Resort that is right off Disney property and about a 4 minute drive to Animal Kingdom. It's not purple and uber tacky like the Magic Castle but it's not all that different from the other one they discuss in the article, the Palm Motel.

These are crappy, cheap motels but they're not disgusting. Like a lot of them on that highway mine is huge, it has 400 rooms or so. You can clearly tell it's a bit rundown and I've been in rooms where a light won't work or stuff like that but they always look clean enough and have TV and wifi and a well kept pool area. I mean, what should you really expect for $49/night?

I'm almost positive mine is also a place where people who would otherwise be homeless live. I've seen in some rooms that are filled with possessions. It's an interesting mix because along with those people there are also a fair number of people like me who simply want the cheapest place to stay during a Disney trip.

The guy who took the pics in the article is quite dramatic with statements like:

'It was a complete shock walking into some of these motels. It felt like a third world country and it was hard to believe witnessing people's struggles like this.'

The situation these people are in is clearly a bummer but walking into these motels they don't come off as this freaking awful hellhole or whatever, it's just a bunch of normal people at a motel.

And they must be given special rates or something right? I checked the prices for both in the article and they are either the same or more than the $49 I pay. And I've done my research. You all know how I try to go as cheaply as possible. I've probably called 15-20 different motels and $49/night is the best they offer these days. Before I went Disney crazy 2 years ago with buying the annual pass, my last trip was in 2013 and I found one back then for $35/night...The good old days.
Last edited: Oct 4, 2020
Reactions: Aaron

I saw that movie just a few weeks ago. So real, and Dafoe was awesome.

When we go to Disney, I usually stay somewhere not too expensive like All Star Sports or something. The high end resorts are great, but I'm not going to Orlando to live the life of luxury, I'm there to spend 12 hour days in the parks.

Aaron said:
I saw that movie just a few weeks ago. So real, and Dafoe was awesome.

When we go to Disney, I usually stay somewhere not too expensive like All Star Sports or something. The high end resorts are great, but I'm not going to Orlando to live the life of luxury, I'm there to spend 12 hour days in the parks.
Click to expand...

Yea, I loved it. It was neat to see the mom (who wasn't an actress before this movie, the director just saw her on Instagram and liked her) who was struggling and leading such a hard life, and then the little girl who was oblivious to it all and just having fun. That whoring scene with the kid in the bathroom was tough.

Even the "cheap" Disney hotels are awesomely themed and have very nice rooms. The All Star Sports, All Star Music, Art of Animation and Pop Century hotels are at best still around $150-$200/night. Well worth the price with all that comes with staying on property but not my bag for solo trips.

All Star was where we stayed when I was in college. I got pneumonia when I was there.

HecticArt said:
All Star was where we stayed when I was in college. I got pneumonia when I was there.
Click to expand...

Disney can detect when (non-Imagineer) architects or potential architects on property and actively tries to expel them.

Really that sucks though, I think you've mentioned it before...was it at least close to the end of your trip?
Reactions: HecticArt

Yep. It was the last several hours when it hit me. I slept through all of the buss trip back to Cincinnati except for 2 pee breaks.

JHDK said:
Disney can detect when (non-Imagineer) architects or potential architects on property and actively tries to expel them.
Click to expand...

What if the architect is a celebrity?

IdRatherBeSkiing said:
What if the architect is a celebrity?
Click to expand...

They don't exist. When an architect designs something good enough to make them famous they are finally freed from the bondage of being deemed a lowly architect and elevated to the respected title of artist.

While the parks are currently the busiest they've been since reopening, they are still nowhere near normal attendance. Check out this deal email I just got:

Under $50 a day for 4 days is bonkers by Disney standards. For any FL resident who casually likes Disney (not maniacs like me, where the annual pass is a way better deal) this is a great promo price.
Reactions: Aaron

Now I am prone to changing my mind on a whim, especially where Disney is concerned but it has now been 3 weeks w/o a trip, which as you all know is a crazy extended absence for me. But for the time being I think I will be holding off on my trips. I got spoiled by not caring about Corona when the park first opened and all the AAA attractions were practically walk ons. That's not the case anymore. I know it's Sat but right now Flight of Passage is a 2 hour wait. That's still less than normal for Sat but longer than I'm willing to wait. I watch a ton of Disney Youtube and they all agree that the parks, even on weekdays are by far the busiest they have been since reopening.

Chapek said just last week that WDW was still operating at 25% capacity but that's a lie. They are allowed by the state to operate at full capacity and while they are nowhere near that I think they are likely closer to about 55-65% capacity these days.

My plan right now (that may change by Mon, who knows?) is to wait until Fast Pass comes back before I start making my trips again.,
Reactions: Aaron