scotchandcigar said:
Here's the Cliffs Notes version: Jews have been getting f'ked-over since the beginning of civilization.
Click to expand...

And Moses wondered the wilderness for 40 years. 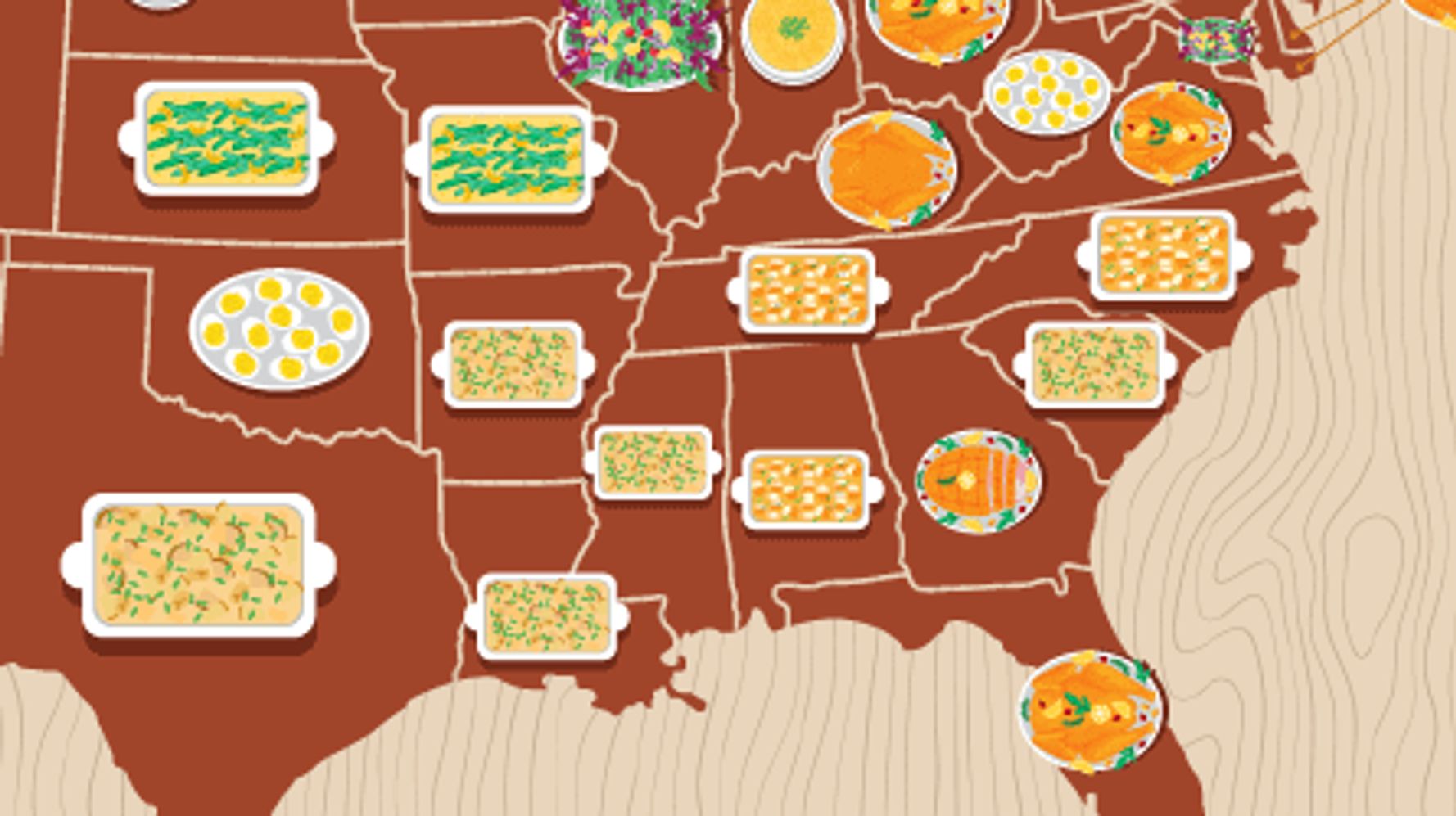 The Most Popular Thanksgiving Dishes In Every State

House Method broke down the most-searched savory and sweet recipes in each state.

Mashed potatoes topped the search in any state?

This is not a map, it's a list. But the maps are really just lists too, right? Anyway, this is from the Boston Globe, and I thought it was a good list.

14. The Ramp Regretter
Buddy, you’ve been in the “exit only” lane for the full duration of a sports radio commercial break, which is like 14 minutes. Now you realize you’re not going to the Cape?

13. The Out-of-Towner
This person may or may not have out-of-state plates but you’ll find him performing Blue Angel maneuvers in his Buick near that spot where I-95 South becomes I-93 North and vice versa, which actually makes perfect sense, what’s this guy’s problem, step on the gas already. I know that’s not the Mass Pike. Whatever, it’s my list.

12. The Never-ending Signal
The car is approaching Cambridge but, judging by the endless flashing of the turn signal, this person has apparently been planning to change lanes since Chicopee. How have they not noticed? There’s something zen about it, to be honest. It’s hard to be mad.

11. The Never-Beginning Signal
Near as I can tell, this is 70 percent of the population of Massachusetts.

10. The Swerving Dad
This guy’s dumb, hulking child transport unit is veering all over the road while he’s reaching behind the driver’s seat to find the blue marker cap his 3-year-old dropped so she’ll just stop yelling for one freakin’ minute already. “Yikes, this guy must be drunk,” thinks everyone else on the road, peeling away. ... Look, I’m sorry, I couldn’t take the yelling anymore, and I didn’t want her to write all over the seat.

9. The Ax Mergerer
This person absolutely murders the merge onto the highway by either coming to a full stop as traffic speeds by, or catapulting the Impala into the travel lane without even glancing in the mirror.

8. Phone Guy (RIP)
If you’ve ever lived in another state, the sight of someone cruising down the turnpike, one hand on the wheel and the other holding a phone, never stops being disconcerting. Not at all sadly, phone guy is about to get real scarce around here: The state just passed a hands-free driving law, propelling Massachusetts bravely into 2006.

7. The Line Cutter
Everyone can see the right lane is ending. That’s what the big flashing arrow means. And so we dutifully merge over to the left for the privilege of driving very slowly past some construction equipment that appears to be abandoned. But not the Line Cutter. He promptly swerves all the way to the right and races past the rest of us so he can cut in at the last minute, shaving nanoseconds off his commute.

6. Everyone But The Line Cutter
It turns out you’re actually supposed to wait until the last minute to merge, it’s actually much more efficient.

5 . The Self-Appointed Deputy
This person is straddling the lanes so the line cutter can’t line cut. What are you, the cops? Mind your business, Narc.

4. The Browser
E-mail, text, TikTok — whatever this guy is doing on his phone is way more important than what he’s doing on the road, which is about 45 miles an hour in the passing lane.

3. Richard Extremely Petty
Don’t dare commit the unforgivable crime of going slightly slower than this guy would prefer on his race either to work or to the convenience store where he buys scratch tickets. Because Richard E. Petty will spend the rest of your journey tailgating, flashing his high beams and honking so you know you’ve wronged him in some imperceptible way.

2. The Master ’Gater
Are you a proctologist? Are you MY proctologist? Then why are you so close to my tailpipe, sir? The great enduring mystery of our time is how these people drive all over Massachusetts 8 inches from the rear bumper of the car in front of them without crashing all the time.

1. The Omnitasker
Phone guy has nothing on the Omnitasker, who is somehow texting, changing the radio, flossing his teeth, smoking a heater, and eating an egg sandwich all while hurtling past the 495 interchange at 85 miles an hour. After he meets a grisly, inevitable end along the Pike someday, his family’s only comfort will be that he died doing what he loved: Wet-shaving in the car.
Reactions: HecticArt, Aaron and IdRatherBeSkiing

Why does South Carolina hate Ohio? And is the hate of Ohio of the state in general or focused on known trouble spots like Cleveland and Toledo?

It shows that Florida hates Florida, and NJ hates everyone. And all of northern New England hates Massachusetts. It has some merit.
Reactions: HecticArt

scotchandcigar said:
It shows that Florida hates Florida, and NJ hates everyone. And all of northern New England hates Massachusetts. It has some merit.
Click to expand...

I was wondering that. Since most of New England I assumed rooted for the Boston sports teams, I kind of thought they might hate New York more than Massachusetts. That's not the case?

Aaron said:
I was wondering that. Since most of New England I assumed rooted for the Boston sports teams, I kind of thought they might hate New York more than Massachusetts. That's not the case?
Click to expand...

Maybe it is because of the sports team that they have such contempt.

Aaron said:
I was wondering that. Since most of New England I assumed rooted for the Boston sports teams, I kind of thought they might hate New York more than Massachusetts. That's not the case?
Click to expand...

This shelter-in-place order really puts things into perspective. Yes, all of New England hates New York, but Vt, NH, and ME are the playgrounds for Massholes. And these 3 states are full of retirees who left the urban sprawl of Massachusetts, so we don't want them up here clogging our beaches and highways. And right now, Maine has a very low Covid count, while Mass is one of the highest. So the message is "Don't come up here!"
Reactions: Aaron

IdRatherBeSkiing said:
Why does South Carolina hate Ohio? And is the hate of Ohio of the state in general or focused on known trouble spots like Cleveland and Toledo?
Click to expand...

It's an inferiority complex. They hate winners.

The closest place in the U.S. to Africa is Quoddy Head, Maine.

Before I looked it up, I might have thought North Carolina or Florida.

I think about stuff like this way too much.

I had never thought of that before. I think you're ready to go on Jeopardy now.
Reactions: scotchandcigar