Pardon me, but do you have the time?

JHDK said:
Tritium tubes are neat! They are these tiny tubes of radioactive gas that constantly shine and have a half-life of around 12 years. They are less bright than the other options but the appeal is they never fade.
Click to expand...

JHDK said:
Is luminox a type of lume or brand of watch with Tritium tubes? I'm surprised I missed it, I've done a ton of lume research over the past couple weeks.
Click to expand...

Wow, it surprises me that you haven't come across them. It's an American company, and they're Swiss made. They have them at those watch store kiosks in malls, they're sold in all those gadget magazines, camping and hiking stores, hunting and fishing stores, and the like.

Isn't a "half-life" about when it becomes noticeably less bright, but still has a way to go?

scotchandcigar said:
Isn't a "half-life" about when it becomes noticeably less bright, but still has a way to go?
Click to expand...

Bingo. In 12 years it will be half as bright as when the tuves were new.

scotchandcigar said:
I ended up with the Hamilton pilot watch.
Click to expand...

You mean this one? 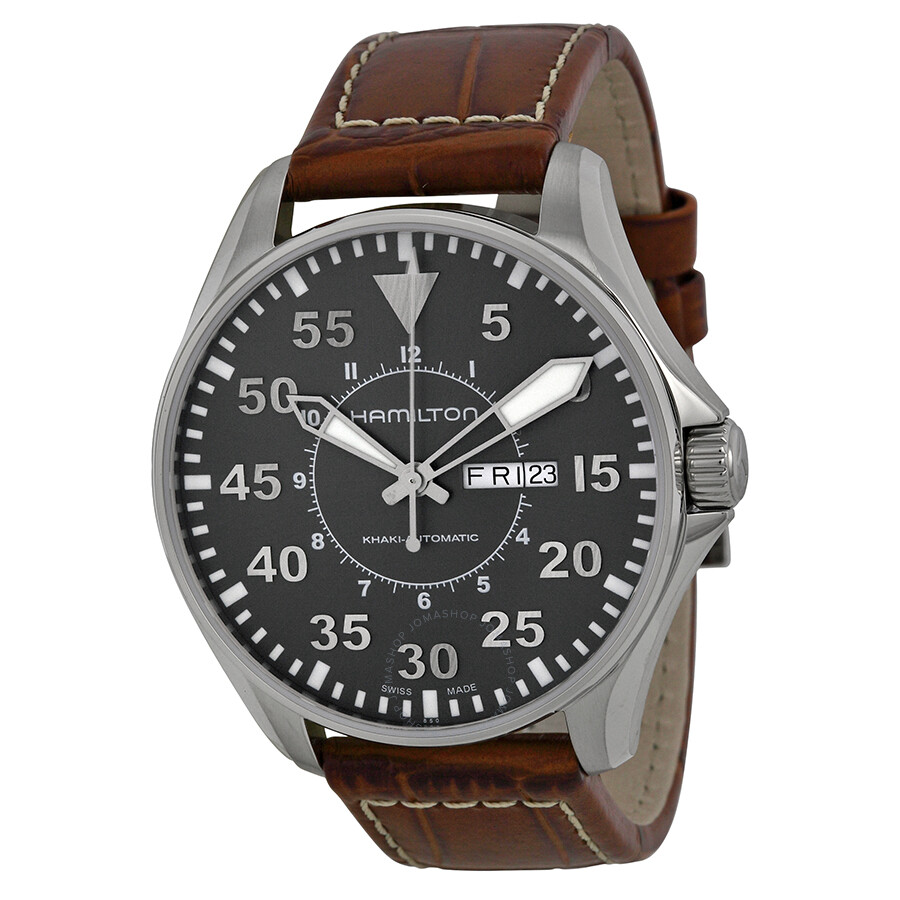 I've been looking at it too. I really like how the hour hand is skeletonized at the tip to make the hour indices visible underneath. But I am on a lume kick and it has less lume compared to the Laco.

Also, when doing this watch shopping I always come across stuff way out of my price range that I lust over. Today it's this Grand Seiko: 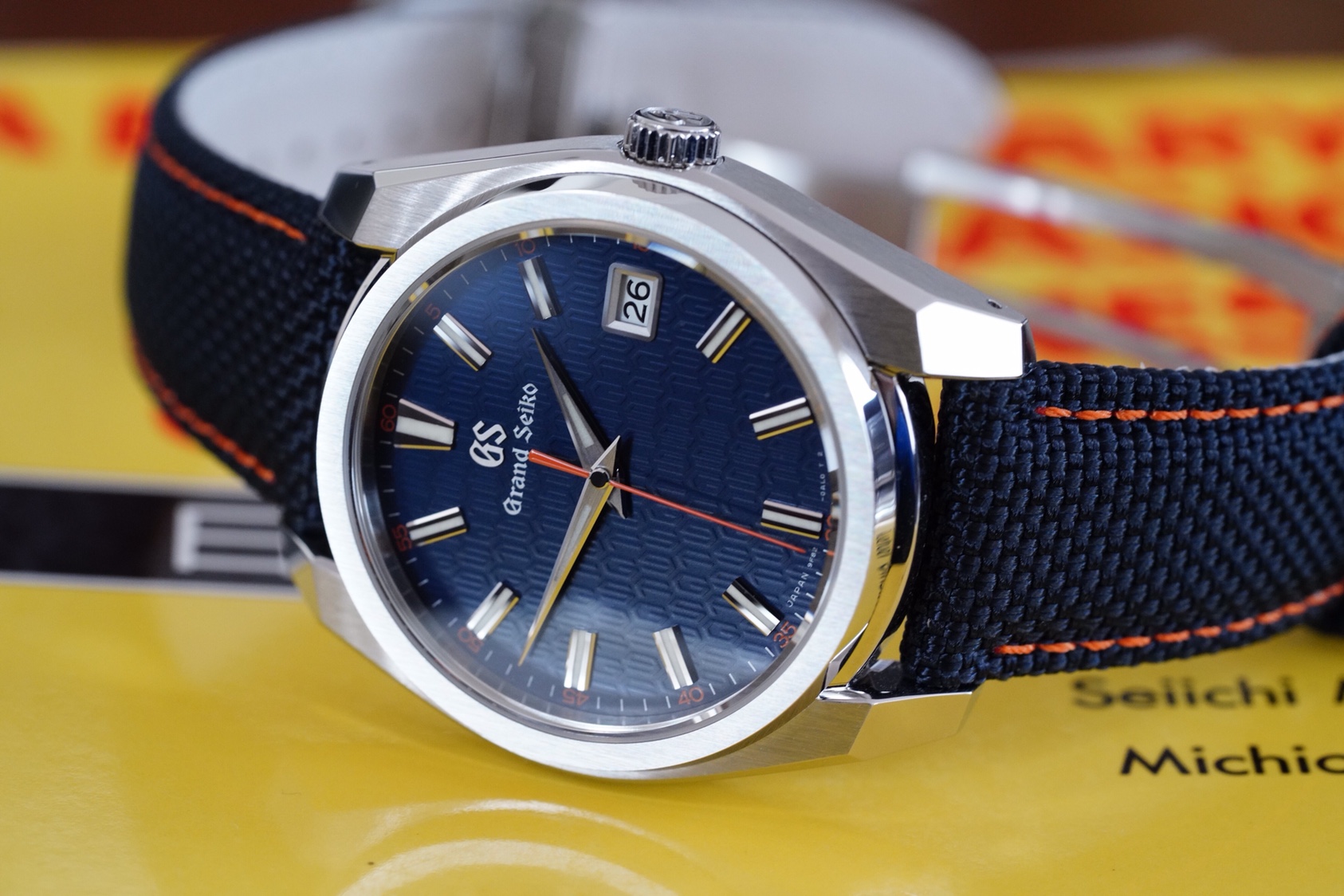 It's a high accuracy quartz (meaning it's good to like +- 5 seconds per year) and it's a limited edition that was only sold in Japan. And being a Grand Seiko it's only 2.9k used. Haha!
Last edited: Apr 10, 2019
Reactions: scotchandcigar

JHDK said:
You mean this one?

Close, but no (scotchand) cigar. Mine has the big day across the top, and the date at the bottom. The dial is silver, it just looks white in the pic.

scotchandcigar said:
Today, to go with my short-sleeved madras shirt (because it's going to hit 90), I'm wearing my Hamilton automatic day/date pilot watch, with dark brown leather strap. It has a glass back to view the movement.
View attachment 4563
Click to expand...

My Tag Heuer Aquaracer has great lume (as it should). Here are pics of it (not taken by me). Because of the long exposure, you don't see the sweep second hand lit-up, but I circled it in the pic on the right.

Well I went and did it:

$400 means I needed to save for it for a few weeks and that's what I did. Figured I'd get this first and if I'm still on the lume kick down the line I'll get the much cheaper Orient next. I've found a few bad reviews of this Laco but most are super positive. Not sure if I will like the very thick leather strap it comes with so I decided to try out Barton. They are all over Amazon and also get mostly great reviews. Never tried a canvas strap before, so far it's been all single piece natos and leather. I think this one looks like it will pair well with my new Flieger.
Last edited: Apr 12, 2019
Reactions: scotchandcigar and HecticArt

Cool! Looking forward to the review.

That seiko looks sweet. I started buying watches last year when before I never wore one. I'm broke so a watch like that is far off.
Reactions: JHDK

geosync said:
I started buying watches last year when before I never wore one.
Click to expand...

That's exactly my story too! Look back in this thread and you will see me start to have some interest in watches. With a little encouragement from Scotch I have now become totally addicted.

Don't let that stop you. There are tons of very cool brands with some real neat history to them with lower price options in both quartz automatic.

Here are two Timex watches that I currently have on my Amazon shipping list:

And this was my first watch, bought in what seems like forever ago but it was only January 2018:


It's a fun automatic field watch.

Also if you like Casio, you can't go wrong with the classic G-Shock Square. It will last forever and you will only need to change the battery every 4 years or so:


And if you want to step it up a notch (for about double the price) you get solar power so the battery will stay good for over a decade and Multiband 6 which means the watch will catch a radio signal from Colorado every night and self adjust to the exact right time:


Then there is a wide range of very nice, very affordable Citizens. These are both around $80: 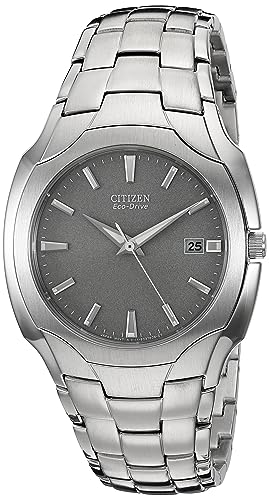 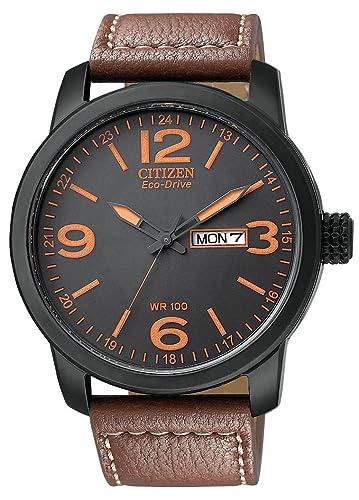 Timex may not get too much respect but they have a pretty cool history of being an American clock maker. And their Indiglo electroluminescence is cool and leads the industry. Seiko, Casio and Citizen are perhaps the top 3 Japanese watch makers.

So this is a long post to say that so long as you have around $40 to blow, you can start a real nice watch collection.
Last edited: Apr 12, 2019

We have a major problem with the Luftwaffe (which I imagine is what a bunch of Londoners said 79 years ago) watch.

Got it today and it's really nice! Great lume and I love the type B dial with the hours in the inner circle.

There is a problem with the miyota movement inside. I think it's improperly balanced or oiled or something. When the second hand gets between 5 and 25 and you somewhat jerk the watch up to look at it the second hand stops for, well, a second. Then when it resumes it beats slower (like 3 beats per second) for then next few seconds. I tried to recreate it with my cheap and more expensive Seikos and I can't make them have the same problem.

Shit man, this is going to drive me crazy and I know I won't be able to stand it. I think I'm going to return it today. This sucks.

But now I may use my refund to start saving for an even pricier watch, I don't know if I will trust to get another Laco.
Last edited: Apr 14, 2019

If you like it, I'd try an exchange first.

I was thinking the same thing. This does not sound like a design characteristic.

I had to send my seiko solar in for work. I didn't wear it for a few weeks in our dark bedroom. Started stuttering seconds and stopping. My Bulovas still work great. i want a citizen next.
Reactions: JHDK

What was I thinking straying from Japan? Silly me.

I'm back in the safe hands of my Seiko/Casio obsession with this bad boy: 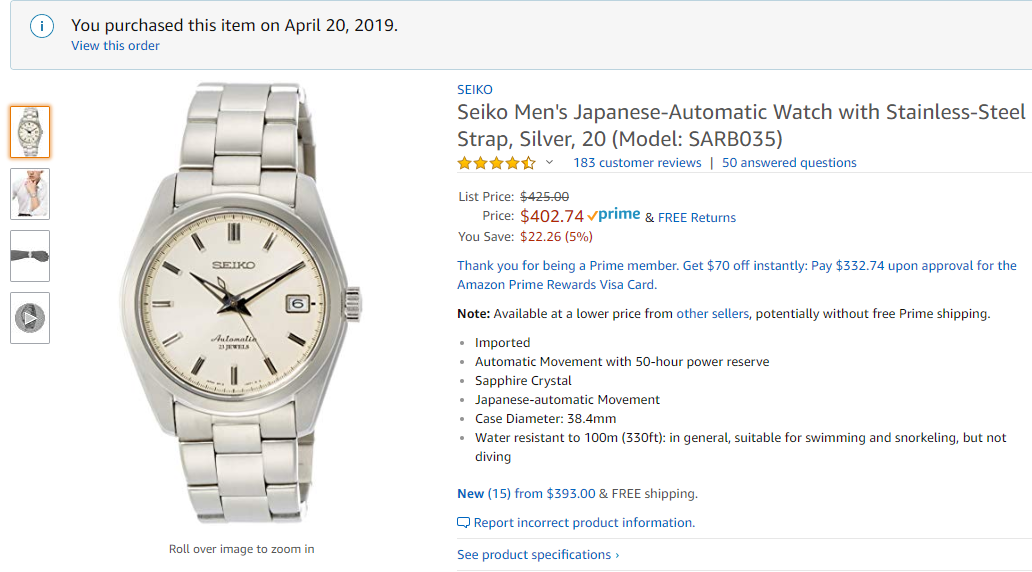 The JDM (Japanese Domestic Market) SARB035 was discontinued last year but there are still brand new ones to be had as of today. They stopped making this model because Seiko is introducing a bunch of new lines with the same movement but fewer accoutrements while asking a lot more for them.

For $400 I'm getting a lot here. The 6R15 movement, Sapphire Crystal, Signed Crown, 100 meters water resistant (even without a screw-down crown), and a beautiful attention to detail in the brush and polish.

Even the gorgeous new Monster models, that also house 6R15's, are sporting a Hardlex crystal and they are going for a minimum of $550.

Now, why is a 6R15 for $400 such a big deal you may ask? Well here is the spec list for some of the more common Seiko movements, some of which cost way more than $400:

So, as you can see the 6R15 is clearly the best, and with Sapphire, you simply can't get new Seikos for that price these days.

"But Jan, that is a dress watch and you said you are a lume junkie. Classic dress watches don't have lume." To that I say:

It's doesn't have a crazy thick application of lume like a Monster or the Laco Flieger but it's still pretty generous for a dressier style watch like this. And of course it's Lumibrite so it can hang with any lume big boy.

Plus, the lume and really the overall style of the watch make it more utilitarian and able to fit well with both a casual or dress style. And I plan to test those casual limits...More on that in a bit.

Now to the downsides. As I see it so far (I'm sure I will have more nit-picks when I actually have it) there are only two.

1. While everyone praises the finish of the bracelet, they also say it's overall not that great and doesn't fit the watch that well.

2. The crystal of the exhibition display watch back is Hardlex and not Sapphire. For most that's not an issue because it's take more effort to scratch the backside of a watch but somehow I have managed to get 2 rather large scratches on the back of my Orient Sun and Moon Version 3 and it drive me crazy, so the weaker back crystal of this worries me a bit.

The bracelet thing doesn't bother me because I don't like bracelets and I will be removing it on day one to sit in the box forever after. I plan to make this real casual with a canvas strap. I liked the Barton canvas I got for the Laco so I bought another to go along with this. 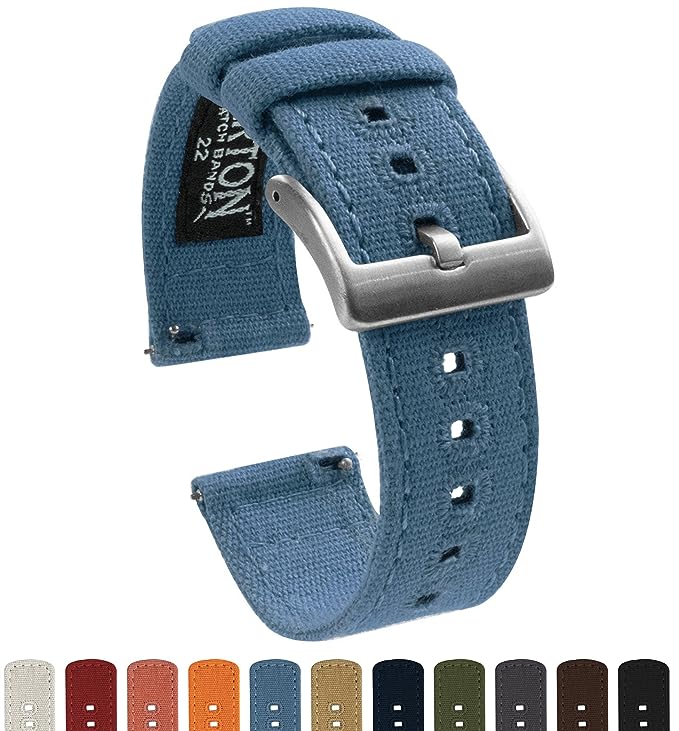 I think that lighter blue will look really nice. As I said above, I know slapping a canvas on this model is kinda pushing the limits but I'm hoping it turns out to look as good as I picture it in my head right now. We'll see.

So, overall I think my watch adventure over the past two weeks is about to come to a glorious conclusion with another wonderful Seiko...But only time will tell. I'll post an update once I've had the thing for awhile.

Yeah, the canvas seems a bit off, but it's a cheap experiment, and very easy to swap out other straps if you choose.
Reactions: JHDK

Got my eye on this Japanese beauty these days. 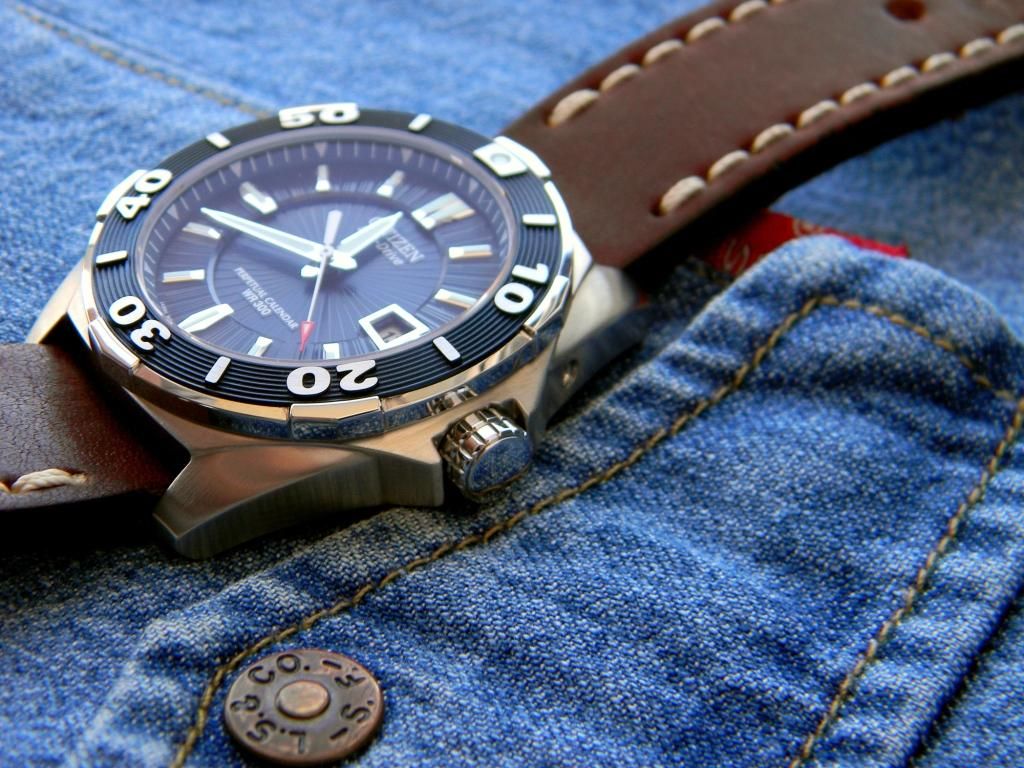 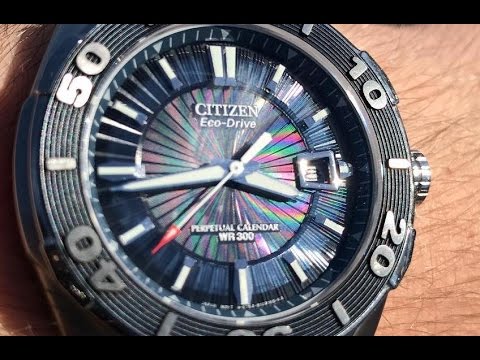 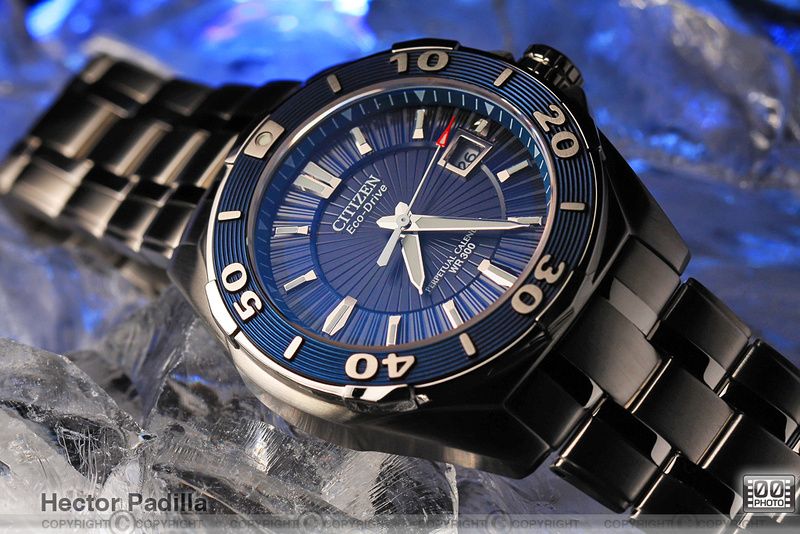