WTF is going on in the world?

The picture that the photographer got of him from 25 feet away is pretty wicked.
It's cool that the cops dropped him so quickly.
Reactions: JHDK

The United States had the Hatfields and McCoys. Mali has the Dogons and Fulanis.

Get the latest international news and world events from Asia, Europe, the Middle East, and more. See world news photos and videos at ABCNews.com

Obiously not every Mark is a Saint.

Mark Bloomfield was Mother Teresa's assistant. He died on July 21 after being injured during a bar fight in Wales on July 18.

A 21-year-old man with a semi-automatic rifle opened fire today at an El Paso Walmart. KTSM-Channel 9 is reporting 18 fatalities. Twenty-two wounded, including a 2-year-old and a 9-year-old, have been admitted to local hospitals and 11 are in critical condition. Just another typical day in the United States of America.

Here is an update from NBC. Have the Republicans offered their meaningless "thoughts and prayers" yet?

At least 19 people were killed at a shooting at an El Paso, Texas, mall Saturday afternoon, causing chaos among shoppers and workers, law enforcement officials told NBC News. Some victims were brought...

Jeez. Back to back. 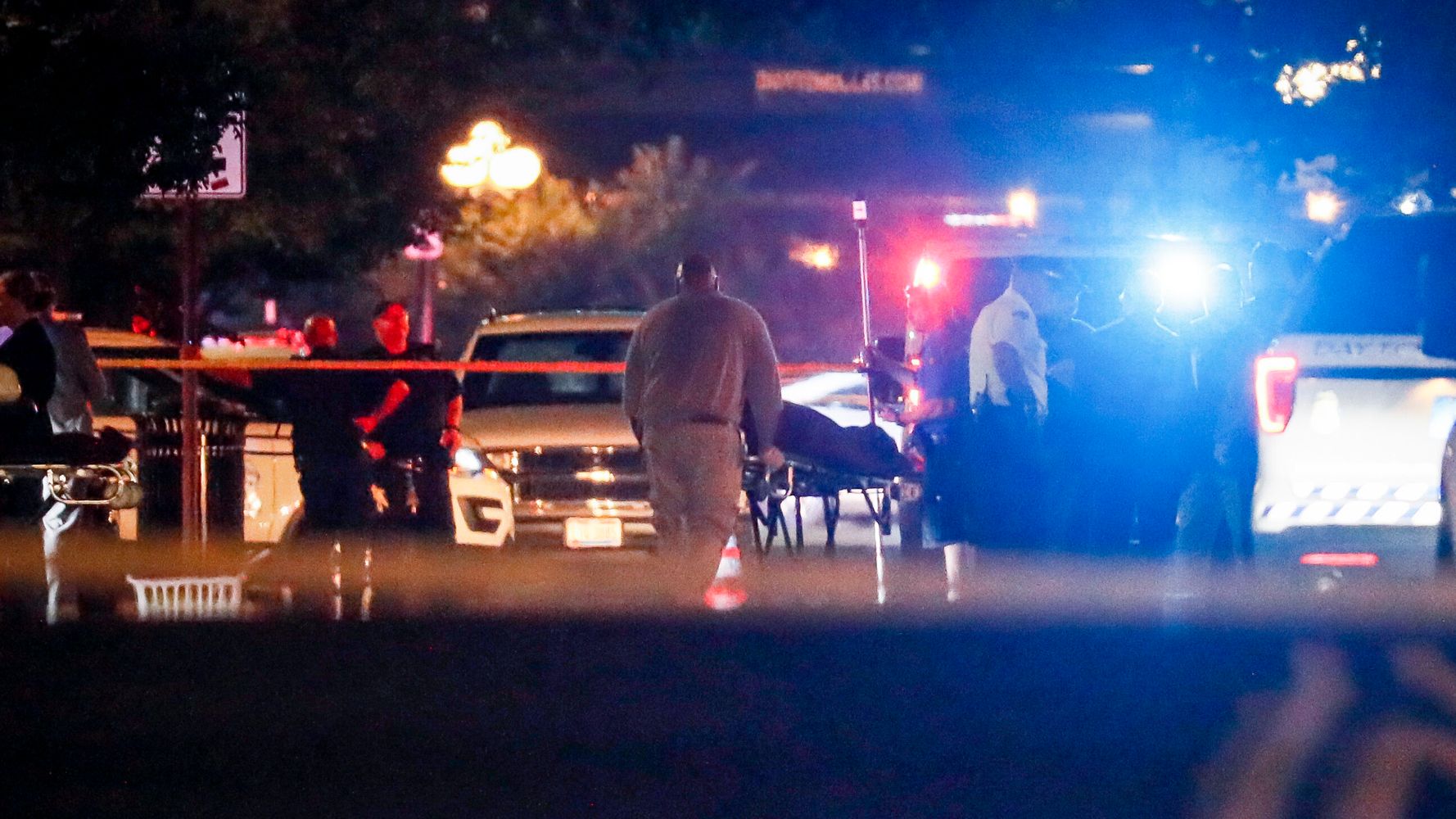 Police said the shooter was also killed at the scene. The attack happened mere hours after a deadly mass shooting at a Walmart in El Paso, Texas.

Why can't these losers just turn the guns on themselves and leave innocent people alone.
Reactions: JHDK

HecticArt said:
Why can't these losers just turn the guns on themselves and leave innocent people alone.
Click to expand...

Shopping at Walmart is a shitty enough experience w/o having to worry about some asshole shooting up the place.

It could have been a douche-bag convention, and it still wouldn't have been cool.

These broken losers are taking their problems out on innocent people.

Suicide is an excellent option for them.

We thought the Gilroy shooter was killed by police but the coroner determined the gunman died after putting his gun inside his mouth and firing. The El Paso shooter had posted an anti-immigrant manifesto. The Dayton shooter killed nine people, including his sister, in less than a minute.

There have been 250 mass shootings in the United States in the first 216 days of this year. Donald Trump calls himself "the least racist person in the world." Maybe he believes that but nobody else does. Beto O'Rourke told reporters, "Trump is a racist and he stokes racism in this country. It fundamentally changes the nature of this country and it leads to violence."

HecticArt said:
Suicide is an excellent option for them.
Click to expand...

How do you stop this madness? Banning assault weapons would probably decrease the number of deaths but you can still mass shoot with a pistol. No one is talking about a ban on handguns. Also, there are way more handgun murders per year than assault rifle deaths, they are just less shocking because they are not all at once. Did these two assholes get their guns legally? IDK. If not then it doesn't help the banning cause.

I've said it before around here and I'll say it again. I am against a ban. I know lots of stuff is banned and lots of Founding Fathers stuff is different today but I truly believe in the idea that it's good to be able to have weapons. I like how the people can be armed to attempt to defend their small part of the country if the gov't gets too out of control or tyrannical. Wasn't that one of the reasons behind the Founding Fathers adding it in the first place?

Another thing I've said before...I don't have any firearms and I have no interest in getting one...but I believe that I should have the ability to purchase one or many if I so choose.

So, here we are again. I'm on one side and all of you are probably going to be on the other. So how do we compromise? I think it's with background checks. For assault weapons I am fully on board with very strict background checks and this is a change from my previous opinion. No Felons, no people with history of mental illness...maybe even no people with misdemeanors (which would rule me out and I'd be ok with that). Maybe you have to be over 21...but then I strongly think everything should be raised to 21, including draft age. Maybe you can only buy one if you have a responsible history of handgun ownership for a period of months or years.

Now here I go getting very political again and I'm sorry. I like having these discussions around here and I look forward to reading dissenting opinions. I think Hectic, Aaron and all our Mods have done a good job of weeding out the troublemakers and I hope you see this as a serious, civil post and not me trying to make another grandiose statement that I like to do around here sometimes to stir things up. I won't be replying to people's replies to this post other than with innocuous statements of agreement or disagreement.

This is serious shit. Something has to change...just what that change should be is where we begin to differ.
Last edited: Aug 4, 2019
Reactions: IdRatherBeSkiing

Yes. Something HAS to change.
I'm a gun owner, and I don't have any problem with there being more regulations, background checks, and safeguards to make it harder for people to get them.
IMO, responsible gun owners should encourage stricter laws and punishments.

I know that it won't solve all of the problems, and it won't keep the guns out of the hands of all of the criminals or mentally ill, but it has to help. Outlawing them won't fix things, and there is no way that the government will ever take them away. (This is Merica after all.)

I think that it's a cultural and mental health problem more than anything else.


We do have to be careful to not get into the politics aspect of this too much.
I'm looking at you Channel98. You tend to call out the one who shall be nameless too often...... Stay clear of calling out one side over the other.
We will not let the arguments get started as the election gets closer.
Reactions: JHDK

JHDK, the Gilroy shooter legally purchased an assault rifle in Nevada and then brought it into California where such weapons are banned. At several locations along the California borders, agricultural inspectors stop drivers to ensure no fruits and vegetables are being brought in from another state. The inspections are meant to halt the proliferation of fruit flies and other crop-damaging insects. So why can't border inspectors also check for weapons? A fine idea! I also believe only police and the military, not private citizens, should be allowed to own assault weapons and high-capacity ammo magazines.

We also need to do a much better job of diagnosing and treating mental illness and keeping guns out of the hands of people with mental problems.

I think the motivation of the El Paso shooter says it all.

I am merely posting this story. I am not commenting on it. You're welcome. "The idea that these video games that dehumanize individuals, to have a game of shooting individuals ... I’ve always felt that it’s a problem for future generations and others."

Channel98 said:
I am merely posting this story. I am not commenting on it. You're welcome.

"The idea that these video games that dehumanize individuals, to have a game of shooting individuals ... I’ve always felt that it’s a problem for future generations and others."

That's silly. Who is he going to gain traction with? Really old people? I doubt my dad would even buy into that. I'm 35 and more or less right leaning these days and that is absurd to me.

I think that there is a little bit to it.
I think the forum that the Texas shooter was on, had someone tell him to get a high score, or something like that.

You combine that with the media glamorizing it, and a hundred other things, I don't think that makes anything any better.

HecticArt said:
I think that there is a little bit to it.
I think the forum that the Texas shooter was on, had someone tell him to get a high score, or something like that.

You combine that with the media glamorizing it, and a hundred other things, I don't think that makes anything any better.
Click to expand...

I hear ya but there is real and there is fake. When I play (keyword "play") Zelda or DOOM or even Madden it's obviously fake. It's a fun escape for an hour or two. I mean if we are going to say video games cause this shit then why not also movies and TV and books? I understand those things are not as interactive but you get my point.
You must log in or register to reply here.
Share:
Facebook Twitter Reddit Pinterest Tumblr WhatsApp Email Link
Top Bottom