sadchild said:
Slinkee and secksee, in a "tripping in front of a campfire" kinda way
Click to expand...

that makes think of dave btw.

it may also be old timey bar music.

I think I just got a contact buzz from watching that video.
Reactions: sadchild

HecticArt said:
I think I just got a contact buzz from watching that video.
Click to expand...

women dont get high, they just get slightly altered. and they also look hot.

I also tend to speak in generalities so pretty much dont take anything i say seriously, but i imagine you all knew that already.

It's as if Norah Jones got lost in the woods, and came across a stand-up bass player.
Reactions: sadchild and JHDK

Norah Jones in the woods.

That made me laugh.

Let me reiterate this is probably my favorite song.


I feel the feeling I forgot

JHDK said:
Let me reiterate this is probably my favorite song.


I feel the feeling I forgot

Yeah, that's one of their good ones (at least the regular version). I don't have them on my favorites list, but I do have a Trey solo album coming up.
Reactions: JHDK

scotchandcigar said:
Yeah, that's one of their good ones (at least the regular version). I don't have them on my favorites list, but I do have a Trey solo album coming up.
Click to expand...

Push on till the day got me through the phish breakup.

also I pay $15 a month to get their catalog.

it's come in handy on my walks.

I'm all in on Goose these days.

I know I've talked about these guys before but I'm now convinced that they will grow to become the next household jam band name.


Now for normal people who pay some attention to music they will be familiar with The Grateful Dead and probably Phish and that's where it ends. Even big acts that sell out arenas are not that commonly known. Groups like String Cheese Incident or Widespread Panic or Moe. to name a few.

Now I may get a few details wrong here but from what I can gather the lead singer and bassist started Goose around 2016 after a failed previous band they were in together. Then in 2017 they added their keyboardist/second guitarist and that's when the band really took shape. They are from CT and did the bar scene all around that area until they were invited to open for another act that took them to some flyover states where they gained a bit of a following and managed to book dates alone, outside of the New England area from that. This got them noticed enough that they were invited to play a set at the Peach Festival in 2019:


And they killed it. That was a turning point for them. Take a look at some of the company they kept at that festival:

To hold your own amongst those heavy hitters is a pretty big deal.

And off they went. From there The Dead and Company invited them to play with them at their Playing in the Sand festival in Mexico at the start of 2020. Once again I may be wrong, but I think they were the first band ever invited to that fest.

Then Covid happened and they somehow managed to power through. They did a bunch of drive in concerts and other fun gimmicks like the "Bingo Tour". It is no secret that Goose is one of the hardest working bands in the jam scene, but they have also been on the cutting edge of pandemic performances. In

At some point in 2020 they also added a second drummer/percussionist, Jeff, who they had played with before in various side projects.

It seems to me the face of the band is the lead singer and pianist. I mentioned before how I live how the pianist also plays guitar and always seems to be smiling on stage, like he's delighted to be where he is. And he's not a half bad guitarist either. The lead guitar is, Rick, is something special. He knows how to play. I like watching this guy who knows a thing or two about guitar and he was impressed:


As a band they seem to be doing everything right so far. They are constantly touring, putting out new albums and even live streaming their shows. They have the talent, the sound and the drive to become the next big thing. And they're still relatively young. I think they're all late 20's to early 30's. I see big things in the future for Goose.

And they do some fun covers:


(Their new drummer/percussionist is the upright bass player on this one btw.) 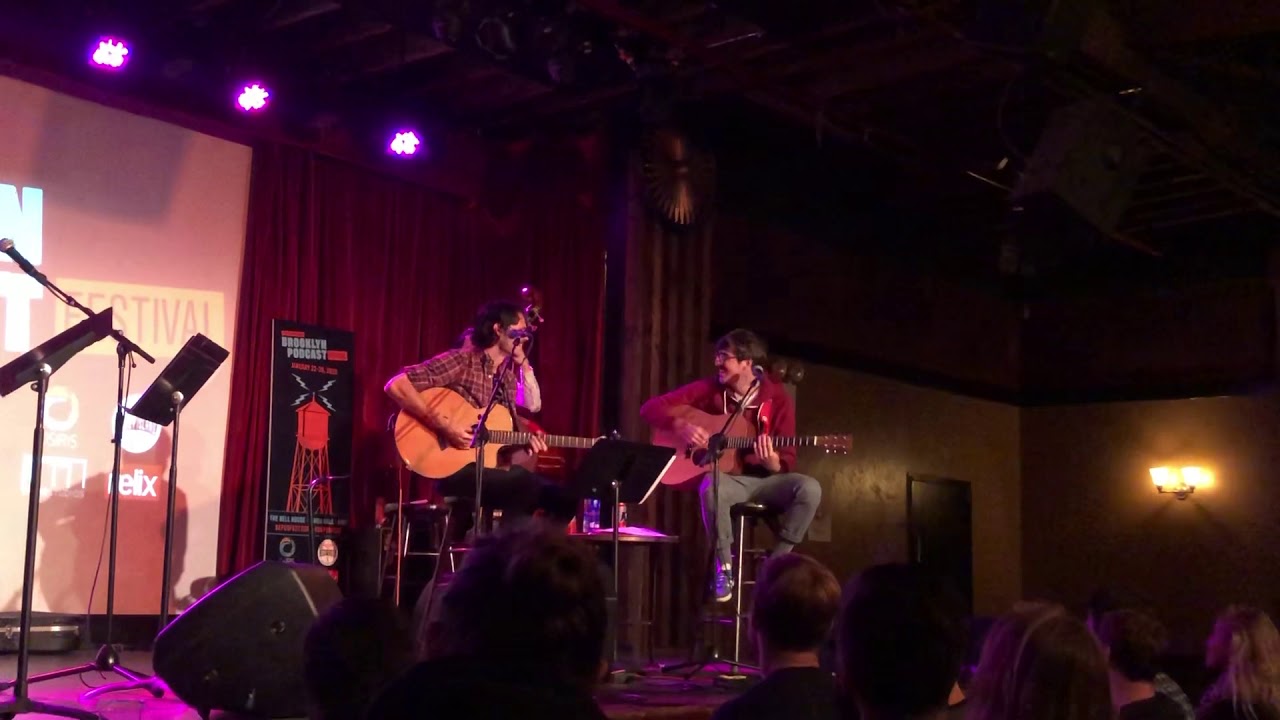 www.youtube.com
(and here they are doing a live podcast and Phish cover with Tom Marshall, the guy who's been pretty much the 5th member of Phish as their lyricist for decades now.)
Reactions: Aaron

I'll check 'em out when I get home tonight. Not a jam band guy but always willing to give something a music fan raves about a listen.
Reactions: JHDK

I'll give them a listen when I'm trying to fall asleep or need some motivation for the crapper.......


I kid. That's payback for the architect jokes. That was only a 3 on my sparky scale. I dont think you can handle a 5.....
Reactions: JHDK

Wait, music motivates you on the crapper? Are talking songs like Salt N Pepa "Push It" or Snoop "Drop It Like It's Hot"?
Reactions: HecticArt